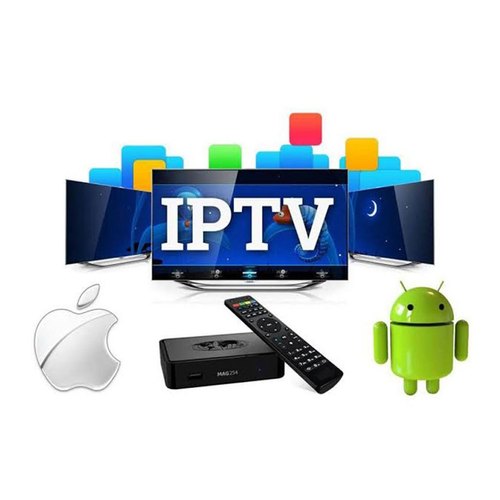 Although you may not be aware of the word IPTV, you have most likely been using the standard for years. You’ve used IPTV if you’ve ever watched a Netflix marathon, streamed a football game on your phone, or utilized a catch-up service like BBC iPlayer.

IPTV is the abbreviation for Internet Protocol Television. Simply put, it’s the official term for internet streaming. It first appeared in 1995. Precept Software was the company that created IPTV. The inventors of this technology are Judith Estrin and Bill Carrico. They created a Windows application that can stream multi-source audio and video feed over the internet.

These are totally legal services that you pay a fee to use instead of a cable or satellite connection.

IPTV is a very profitable venture in the UK that is only going to get more popular. More media companies are attempting to compete with streaming behemoths such as Amazon prime And Netflix. Many broadcasters now allow you to watch their broadcasts on time-shifted media.

You can watch stuff whenever you want; you don’t have to be home at a specific hour to keep up with the night’s TV schedule. You can use your smartphone, tablet, or laptop to access material in a variety of ways.

Remember the days of being envious of your friends who had all of the cable channels — all of the movies, the sports package, and the Disney channel – at their disposal! IPTV in the UK has opened floodgates for everyone, frequently at a lower cost than cable TV and without the need to sign a long-term cable TV contract. IPTV subscriptions frequently provide full access and the ability to cancel at any time, making it a very cost-effective option.

Are IPTV and streaming the same?

IPTV isn’t always comparable with ‘streaming’ as we commonly refer to it. Over The Top (OTT) content includes streaming services such as Netflix, Amazon Prime, and Disney Plus. OTT content is distributed over the internet but through a public rather than a private connection. This means you may use a conventional internet connection to access it from your computer.

IPTV programming, on the other hand, is delivered over a closed or private network and is often accessed using a set-top box. IPTV programming is more akin to conventional satellite or cable connections, as broadband and TV providers such as BT, TalkTalk, and Virgin Media allow you to watch digital TV content via the internet.

The most popular IPTV types in the UK are:

The goal is to make the information as simple as possible. As a result, we won’t get into the nitty-gritty details and jargon of Video on Demand, which is a type of IPTV format or service. ‘Video on Demand’ is a self-explanatory phrase. On weekends, most of us turn into lazy slobs and watch Netflix.

VOD is the same thing as the streaming services with which we are all too acquainted. Video on Demand is exemplified by streaming platform behemoths such as Netflix, Amazon Prime, Hulu, and the newest entrant, Disney. These services operate on a subscription basis and are one of the most well-known types of IPTV services.

Near Video on Demand

Near Video on Demand is a pay-per-view service that is similar to Netflix. You can watch whatever content you like in this section. This is the best approach for several users to watch and enjoy the stuff at the same time. Assume you have numerous people in your house that need to view different media channels on different devices at the same time. Traditional IPTV services will not be able to help them complete the task. They’ll have to look for the nearby video on demand instead. It can assist them in simultaneously viewing media items without causing a lot of difficulty or irritation.

Near video, demand can alternatively be thought of as a hybrid of video on demand and live television.

You could believe that it’s the same as watching live television broadcasts on your TV; however, Live TV with IPTV isn’t the same.

The content is delivered via the internet rather than coaxial cable. It’s a unique way to watch games and award shows from your favorite football club. This has been made possible by services such as Sling TV, Fox Sports Go, and Hulu Live TV.

It’s time to go back in time! Does the phrase conjure up images of time-shifted television? Yes, it does. You’re supposed to miss a live telecast of your favorite basketball team’s game. What do you think you’d do in this situation? Isn’t it time you watched the broadcast you just missed? That is, time-shifted television, but it has a finite lifespan.

While it may sound similar to Video on Demand, Netflix and Hulu allow you to watch material anytime you choose. Unless the streaming software decides to delete the Movie or tv show from its directory, there is no service life. Users of time-shifted television can record data, save it, and then watch it later. But keep in mind that it’s only for a short period.

Most broadcast set-top boxes offer catch-up TV and the capability to pause, replay, and record live television. This is a useful tool, but it’s only available for a limited period of time, allowing you to catch up on, say, the last half an hour of a show you might have missed.

Popular video-on-demand services include Amazon Prime and Netflix. You can pick whichever one you want to watch from such a large range of possibilities at any time. It is subject to a broadcast schedule or is only available for a limited time.

The popular IPTV channels in the UK are:

The TV business is making it difficult to avoid upgrading to 4K in the same way that people collectively migrated from general standard to HD quality earlier this century. The ultra-high-definition display format is found in almost all TVs larger than 40 inches, and they’ve gotten so cheap that you might as well acquire one even if you do not even care about the resolution increase.

The majority of big broadcasters have failed to completely implement their 4K Ultra High Definition broadcasting ambitions. However, thanks to the rise of streaming platforms like IPTV, there is plenty of 4K video to impress your friends with.

You’ll almost certainly have accessibility for everything you need (and more) with a 4K streaming device, but on quad-core processors and with more features. Most significantly, you won’t have to adjust your streaming habits if you decide to acquire a new IPTV. Simply plug your old streamer into your new IPTV, and you’re good to go.

Here are the benefits of 4k IPTV provided to consumers:

Because IPTV is supported by the Internet, the visual quality will be determined by your Internet connection speed. However, IPTV 4k has an advantage here because it comes with fiber optics, allowing you to leverage its capabilities and performance when combined with fiber Internet.

4k IPTV is flexible and scalable with 4k resolution, allowing the addition of new TV and video sources and users anywhere there is a network connection without affecting visual distortion, making system expansion faster and less expensive.

The scalability and management ease of 4k IPTV allows for the rapid deployment of additional TV, HD video, and broadband services across the whole organization in response to changing needs and possibilities.

Many big TV providers, like Netflix, NowTV, and Amazon, have already accepted the service. Even the BBC’s iPlayer service makes use of IPTV. All these are using 4k media TV from IPTV.

You may use the IPTV APP to watch live UK sports from anywhere at any time. It may be viewed on television, smartphones, tablets, and other electronic devices. This is quite convenient, and the cost is minimal. You can buy subscription services and avoid paying additional fees for the programs. This is how the majority of people prefer it.

The BBC employs IPTV with their iPlayer service, but it’s a different type because it’s a simultaneous live broadcast. These are entirely legal services that you pay a fee to use instead of a cable or satellite connection.

You choose a UK news station from a variety of options, pay your dues, and watch it right away.

IPTV Free trial in the UK

With free IPTV trials and your broadband or other data sharing, you may watch live TV, the latest generation of online television technology.

Signing up for a free trial offer is the greatest method to try out IPTV. There are a lot of companies that provide this service, and each one has its own set of terms and conditions, so check the fine print before joining up.

Free trials are an excellent way to get to know a service before committing to it. The same can be said of IPTV free trials. These are trial subscriptions that allow you to test out the service’s features to determine whether it’s something you’d like to pay for.

You’ve learned everything there is to know about IPTV services. You may organize your entertainment consumption by recording your favorite shows and streaming channels on your television or smartphone as needed. IPTV in the UK is quickly establishing itself as the new face of digital entertainment, and we can only speculate on how far the service may advance in the future.

Live TV, on-demand movies, and sports channels are just a few of the benefits of IPTV. Premium channels are also available without additional charges. This means that everyone will find something to their liking!

You must have a subscription with an IPTV provider who will provide you with a set-top box in order to use IPTV. If you’re a new subscriber, most premium packages from BT, TalkTalk, Sky, and Virgin Media include the box and forgo the installation price.

Your data will be continuously tracked by the free IPTV connection. They are attempting to obtain your personal information in order to provide you with the service you have requested. As a result, you should not use such a service. You’re taking a huge risk by allowing someone else to access and change your data. In the long run, this can lead to a slew of undesirable repercussions. So, we advise you to always use paid subscriptions instead of taking the risks with your data and privacy. 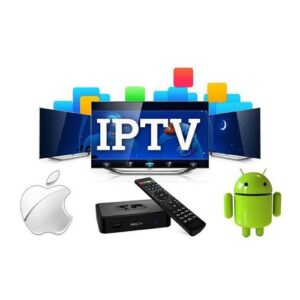 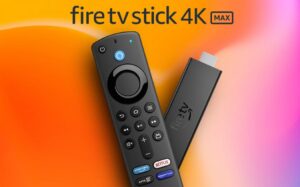 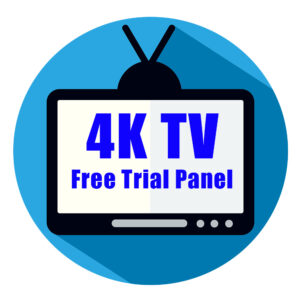